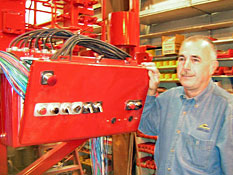 IBT's Bob Kerwin of the Lawrence, Kansas branch has a smooth relationship with John Miles, Vice President of Operations at Cutler Repaving. Their business relationship is more than twenty years old and it has been a mutually beneficial one. Cutler buys a significant number of items from IBT for their HIR (hot-in place recycling) asphalt repaving machines, including electric motors, engineered chain, gear boxes, bearings and other power transmission components. And, according to Miles, they couldn't be happier. However, for years Kerwin has not been able to win their business in one area: electrical controls. That all changed this year. The units have complex 12 volt DC wiring systems for instrumentation, starting, heating controls and grading controls. The system also operates with 208 volt, three phase AC, powered by a 45 kilowatt generator. There are literally miles of cabling installed on the units. 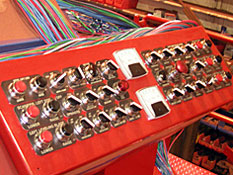 "We have switched all of the electrical controls on Cutler's R-2000 Preheater and R-2600 Repaving Machines over to Siemens," Kerwin reports. "With the machines involved, that can add up to a substantial amount of additional IBT gear on each machine they build." "When it finally came down to it," Cutler's John Miles admitted, "it was a bit of a no-brainer." What may have finally tripped the trigger was Cutler's international business. They sell their machines to Mexico and the rest of Latin America, and to Europe and Asia as well. "Our customers have requested that we supply the machines with Siemens switches instead of the brand we were using. They felt that replacing any switches later on would be easier if a widely distributed world-brand was used," Miles said. "We did a detailed comparison and realized that economically, the changeover made good sense. We had a little re-engineering to do. We resized some of the holes. But, it general, it was a 'no-sweat' change. Of course, the fact that we were able to make the change and save a little money was important to us, obviously. "It didn't hurt that we were also making customers happy, too." Siemens products involved in the repaving machinery application are CE labelled and globally available. They include contactors, reversing contactors, terminal blocks (through-type with thermoplastic bodies), DIN rail (35 mm slotted mounting rail), branch circuit breakers (mini-sized, single pole, 55 mm mounting depth) and heavy-duty 30 mm push buttons and selectors. Company Profile: Cutler Repaving Smoothing Roads and Saving Landfill Space. 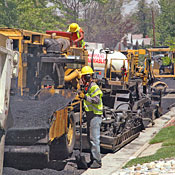 Cutler Repaving of Lawrence, Kansas is North America's largest and most experienced authority in single pass asphalt recycling. Cutler originated single pass asphalt recycling technology in 1965. Their system of HIR (hot in-place recycling) is a "repaving" process for aged asphalt pavements. The Cutler repaving system has improved residential, collector and arterial streets, highways and interstates using less energy and fewer raw materials than conventional, equivalent methods. Cutler Repaving designs and builds its own specialized asphalt recycling equipment. This equipment has been continuously refined and improved to meet the demands of city, county and state government. IBT products are used extensively on this repaving equipment. In addition to its use on US streets and highways, Cutler Repaving equipment is sold into world markets. 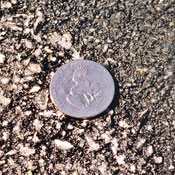 No other HIR pavement recycling contractor comes close to Cutler's level of experience and expertise. Their reputation for customer satisfaction is demonstrated by repeat business of 90%. Cutler gives more pavement maintenance per budgeted dollar: A U.S. Department of Transportation study has shown that single pass asphalt recycling provides 35% more pavement repair for every maintenance dollar spent. The performance of a hot in-place recycled pavement is the approximate equivalent to conventionally constructed pavement in terms of cracking, rutting, raveling, stripping and skid resistance, according to a National Cooperative Highway research study. The resulting surface has a service life of at least 7 to 12 years, and is among the smoothest overall finishes in the industry. 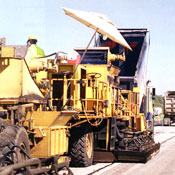 A landmark study conducted by the Federal Highway Administration demonstrated that hot in-place recycling consumes 35% less energy than conventional paving methods. Cutler's customers also realize additional energy savings through reduced trucking and milling costs, and recycling of non-renewable materials. By minimizing the amount of new overlay required to rehabilitate the pavement surface, the Cutler single pass system preserves the integrity of overpass clearances, guardrails and shoulders. Because the Cutler single machine recycling system simultaneously recycles and resurfaces the roadway, traffic delays are minimized and motorists are spared the risk of driving on uneven, oily surfaces and the danger of flying rocks and construction materials. Since 1965, Cutler single pass recycling process has reused more than 8.4 million tons of asphalt that otherwise might have gone into landfills. HIR uses 50% less aggregate and 50% less asphalt cement than conventional equivalent methods. Cutler Repaving is a transportable technology: The Cutler Repaver is readily transportable to any job site.